Sleep Problems in Veterans with PTSD

Sleep Problems in Veterans with PTSD

Sleep problems—in particular chronic insomnia and nightmares—are frequently some of the most troubling aspects of PTSD. While these sleep problems are considered symptoms of PTSD, the evidence suggests that they tend to become independent problems over time that warrant sleep-focused assessment and treatment. There are both pharmacologic and cognitive behavioral treatment options available.

This course includes videos that demonstrate assessment of sleep-related problems and the tools included in Cognitive Behavioral Therapy for Insomnia (CBT-I). 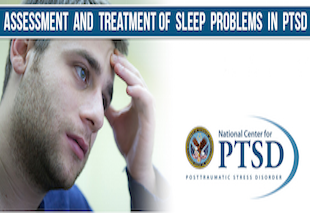 Prevalence of sleep problems in Veterans with PTSD

PTSD is unique among mental health disorders in that sleep problems are mentioned twice among its diagnostic criteria in DSM-5: the presence of insomnia qualifying as a symptom of an alteration in arousal and reactivity (hyperarousal) and the presence of frequent nightmares as an intrusion symptom. Insomnia is reported to occur in 90-100% of Vietnam era Veterans with PTSD (2,3). Insomnia was also the most commonly reported PTSD symptom in a survey of Veterans from Afghanistan and Iraq (OEF/OIF) (4). In the Millennium Cohort Study, 92% of active duty personnel with PTSD, compared to 28% of those without PTSD, reported clinically significant levels of insomnia (5).

It has been argued that sleep problems, rather than being just symptoms of PTSD, are a hallmark of the disorder (6). In support of this viewpoint, insomnia occurring in the acute aftermath of a traumatic event is a significant risk factor for the later development of PTSD in civilian (7,8) and active duty (9) populations. Despite the efficacy of evidence-based treatments for PTSD such as Prolonged Exposure (PE) or Cognitive Processing Therapy (CPT), the arousal and reactivity (hyperarousal) cluster symptoms that include sleep difficulties appear to be particularly difficult to resolve even after substantial PTSD improvement (10-13).

There are fewer data on the prevalence of chronic nightmares with PTSD. In the National Vietnam Veterans Readjustment Study, 52% of combat Veterans with PTSD reported significant nightmares (2). In a second study in the general community, 71% of individuals with PTSD endorsed nightmares; and, compared to civilians with PTSD, the nightmares of Veterans were more likely to be a replay of their trauma(s) (14). Posttraumatic nightmares are independently associated with daytime distress, and impaired functioning (15,16). Nightmares often do not fully remit with trauma-focused treatment although the degree of improvement is larger for nightmares than for insomnia in general (10,11,17).

An additional consideration is obstructive sleep apnea (OSA), which has been found to be more common among individuals with PTSD than the general population (18). Estimates vary based upon measurement (e.g., self-report, Apnea Hypopnea Index (AHI) thresholds); and, a meta-analysis found OSA rates were significantly higher in individuals with PTSD (ranging from 43.6% to 75.7% based upon AHI threshold) than without the diagnosis (19). Of note, the classic predictors of OSA—older age and body mass index (BMI), in particular—may not be as relevant among Veteran samples, as indicated by a study of OEF/OIF/OND Veterans (20).

Treatment of Insomnia in PTSD

There are two primary approaches to treating sleep problems in PTSD, psychotherapy and pharmacotherapy (i.e. sleep medications). To date, little is known about the efficacy of using both approaches concurrently. The recommended first-line treatment approach in the VA/DoD Clinical Practice Guideline (CPG) for PTSD is Cognitive Behavioral Therapy for Insomnia (CBT-I), when available (21), which is agreeable to the American College of Physicians first-line recommended treatment approach for sleep problems (22) and the VA/DoD Clinical Practice Guideline (CPG) for Chronic Insomnia Disorder and Obstructive Sleep Apnea recommendation for treating chronic insomnia (23).

Working with Veterans Who Have Sleep Problems 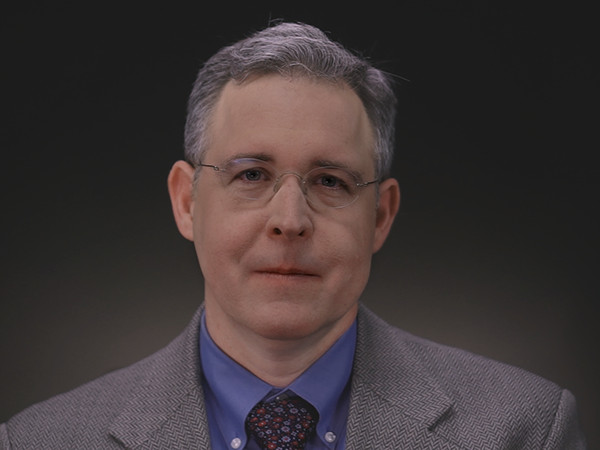 Working with Veterans Who Have Sleep Problems

CBT-I is a series of strategies focused on stimulus control, sleep restriction, cognitive restructuring and sleep hygiene that can be delivered in either individual therapy or in a group format with 6-10 patients. Treatment length is typically 6 sessions but ranges from 4-8 sessions for most patients.

CBT-I has demonstrated efficacy in patients with primary insomnia as summarized in three meta-analyses (24-27). CBT-I demonstrated sustained improvement in chronic insomnia symptoms on follow-up assessments ranging from 1 to 3 years. The durability of treatment effects is a clear advantage over long-term pharmacotherapy, as are the lower risks of side effects and potential drug interactions. A randomized trial in Veterans with PTSD found that CBT-I led to greater improvements in sleep and disruptive sleep-related behaviors than wait list, demonstrating the efficacy of CBT-I in this population (28). Improvements were maintained at 6 months.

To increase the availability of empirically supported treatments for sleep problems for Veterans, VA created a national dissemination program for CBT-I in 2010. Through this program, VA mental health providers can attend an intensive didactic and experiential training to learn the fundamentals of CBT-I. Participants then meet weekly by phone with a consultant who reviews recordings of CBT-I sessions to provide feedback to facilitate the learning process. This has been the largest CBT-I dissemination program ever conducted, with over 900 providers having completed the training, greatly increasing access to this treatment. Clinical outcomes data have been collected demonstrating large improvements in insomnia over the course of treatment (29,30). VA also released a treatment companion mobile app—CBT-I Coach—to assist during therapy.

CBT-I can be delivered both individually and in a group format. Within VA, a typical CBT-I group consists of 6-8 Veterans and meets weekly for about 6 weeks for 90 minutes per visit. The material is the same as in individual CBT-I with the added element of hearing the experiences of other Veterans with insomnia. A recent meta-analysis found that clinical improvements from group CBT-I were generally strong but slightly smaller than for individual treatment (31).

Even with the national dissemination and the option to deliver CBT-I in a group, many VA facilities still do not have access to a trained CBT-I provider or the demand for treatment is greater than available provider time. The latter is not surprising given the high prevalence of insomnia in Veterans, especially among those with PTSD. Another option for increasing access to treatment is the use of clinical video telehealth (CVT) technology. CVT allows a provider to deliver real-time, interactive treatment to a patient in at another location (e.g., rural community clinics, home of the patient). This technology allows a provider to have a greater reach with treatment.

There are several medications available that are either approved as sleep agents or that are used because of sedating side effects. In general, sleep medications carry significant side effects and are recommended for short-term use only. There are few clinical trials examining the efficacy and safety of these medications, particularly in Veterans with PTSD (32). Benzodiazepines are not recommended for the treatment of PTSD in the VA/DoD CPG for PTSD (21). The newly issued VA/DoD CPG for Insomnia Disorder and Obstructive Sleep Apnea suggests against the use of benzodiazepines for chronic insomnia disorder; and, the guideline suggests the use of a non-benzodiazepine benzodiazepine receptor agonist in patients who are offered a short-course of pharmacotherapy (23).

Benzodiazepine and non-benzodiazepine sedative hypnotics include temazepam, zolpidem, zaleplon, and eszopiclone. While these do initially promote sleep, after a few weeks of use, tolerance and physical dependence develop. Continued use is reinforced by a desire to avoid withdrawal symptoms and rebound insomnia. Other common adverse effects are cognitive impairment, daytime sedation, falls and fractures, disinhibition and increased mortality.

Dr. Ed MacPhee explains tolerance and risk of withdrawal with benzodiazepine use. 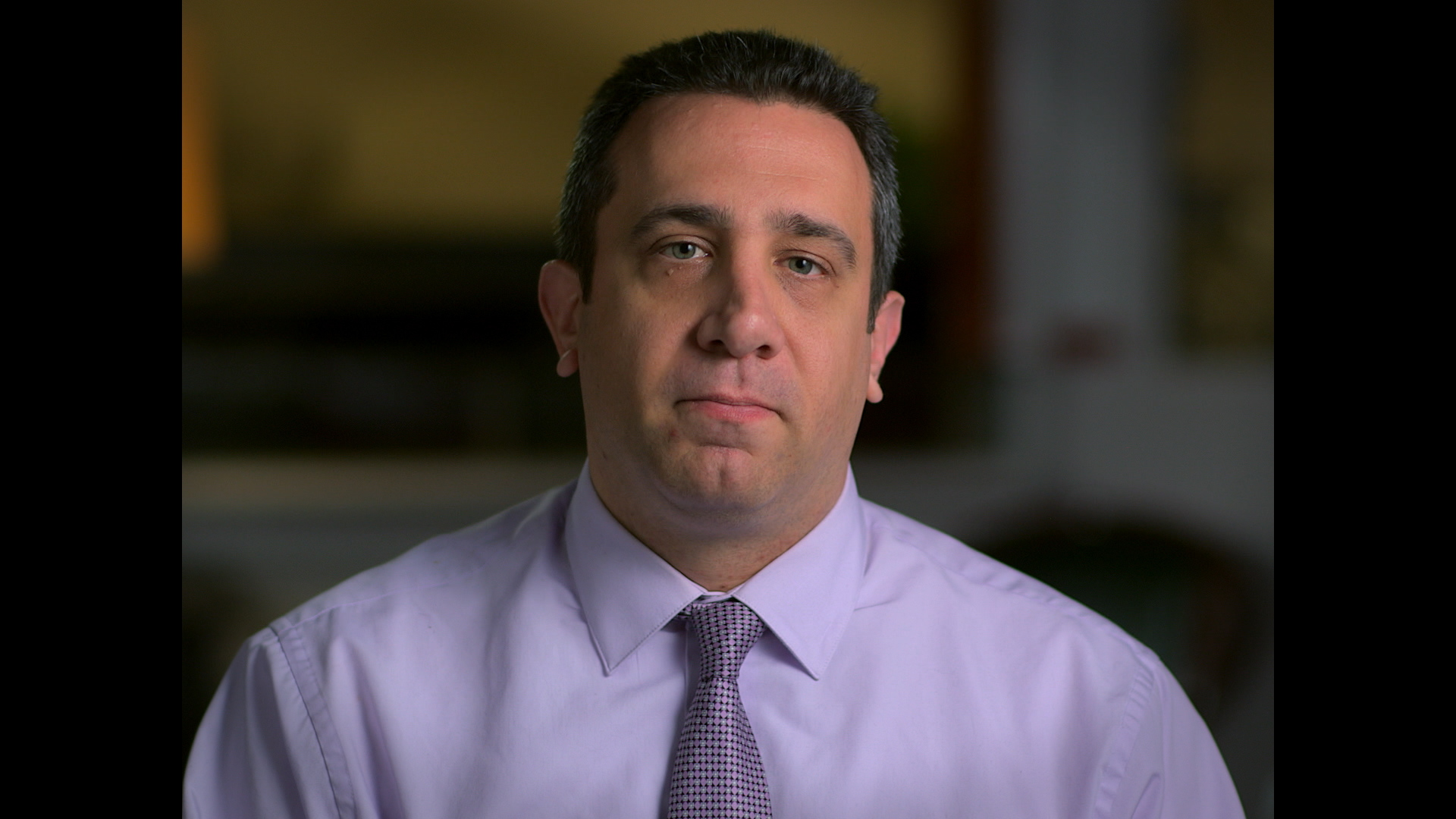 Other FDA-approved medications for insomnia include doxepin, ramelteon and suvorexant. Off-label options include: trazodone, tricyclic antidepressants, mirtazapine and hydroxyzine. Given significant side effects, use of atypical antipsychotics such as risperidone and quetiapine should be avoided unless justified by a labeled indication such as schizophrenia or bipolar disorder. Over-the-counter options include antihistamines (diphenhydramine, doxylamine) and melatonin. Clinicians should carefully consider age, comorbidities and risk factors when reviewing treatment options with patients and offer referral to a sleep specialist in refractory cases or when sleep apnea is suspected.

Some medications effective for the core symptoms of PTSD can cause or exacerbate insomnia (e.g. sertraline and venlafaxine), while others are sedating (e.g. paroxetine). For a more detailed review of psychopharmacology for PTSD, see Clinician's Guide to Medications for PTSD.

There are fewer treatment options available for nightmares. In terms of pharmacotherapy, the main option available is prazosin, an alpha-adrenergic antagonist that is FDA-approved as a treatment of high blood pressure. Despite multiple trials demonstrating prazosin was effective for reducing nightmares and improving sleep in Veterans with PTSD (33,34), a large multi-site trial conducted in VA showed no difference between prazosin and placebo (35). As a consequence of that work, the VA/DoD Clinical Practice Guideline for PTSD now states there is insufficient evidence to recommend prazosin for trauma-related nightmares. Since prazosin is effective for some, it is reasonable for patients experiencing benefit to continue treatment. Veterans and clinicians considering a prazosin trial should acknowledge the recent equivocal evidence during shared decision-making (21).

A psychotherapeutic approach to treating nightmares is an approach called Imagery Rehearsal Therapy (IRT), which is also called nightmare re-scripting. This approach entails choosing a recurrent nightmare and picking a way to change (i.e. re-script) the content in a way to make it less intense or distressing. There are several trials with positive outcomes of IRT in civilian populations (e.g., see 36) but a large, randomized trial in Vietnam Veterans with PTSD failed to demonstrate clear efficacy (37). In two recent studies, investigators tested IRT in combination with evidence-based therapies for PTSD and insomnia. The first study's protocol added IRT and CBT-I to Prolonged Exposure (PE) which led to large reductions in insomnia, but this effect was not statistically significant, possibly due to the small sample size (38). The second study delivered IRT before CBT-I and found no improvement in nightmares or global sleep disturbance with the addition of IRT beyond CBT-I alone (39). These studies suggest that CBT-I is effective for improving both insomnia and nightmares in PTSD; it remains unclear if IRT offers any additional benefit (40).

Treatment of Sleep Apnea and PTSD

It is possible that PTSD and chronic arousal are related to OSA bidirectionally, as research has yet to definitively determine temporality (18). A meta-analysis reported that among patients with PTSD and OSA, adherence to use of continuous positive airway pressure (CPAP) was associated with reduction in nightmares and PTSD symptoms more broadly (41). Specific to Veterans, research suggests that among those who completed Cognitive Processing Therapy at VA, Veterans with OSA who were using continuous positive airway pressure (CPAP) devices showed more improvement in PTSD than those who were not addressing OSA (42).

In summary, sleep problems are highly prevalent in Veterans with PTSD. In addition to being included as symptoms of PTSD, sleep problems can become an independent disorder over time that is uniquely associated with significant distress and impairment. Fortunately, there are efficacious treatments available for both insomnia and nightmares. In many cases, sleep-focused treatment will be needed to optimize patient outcomes. 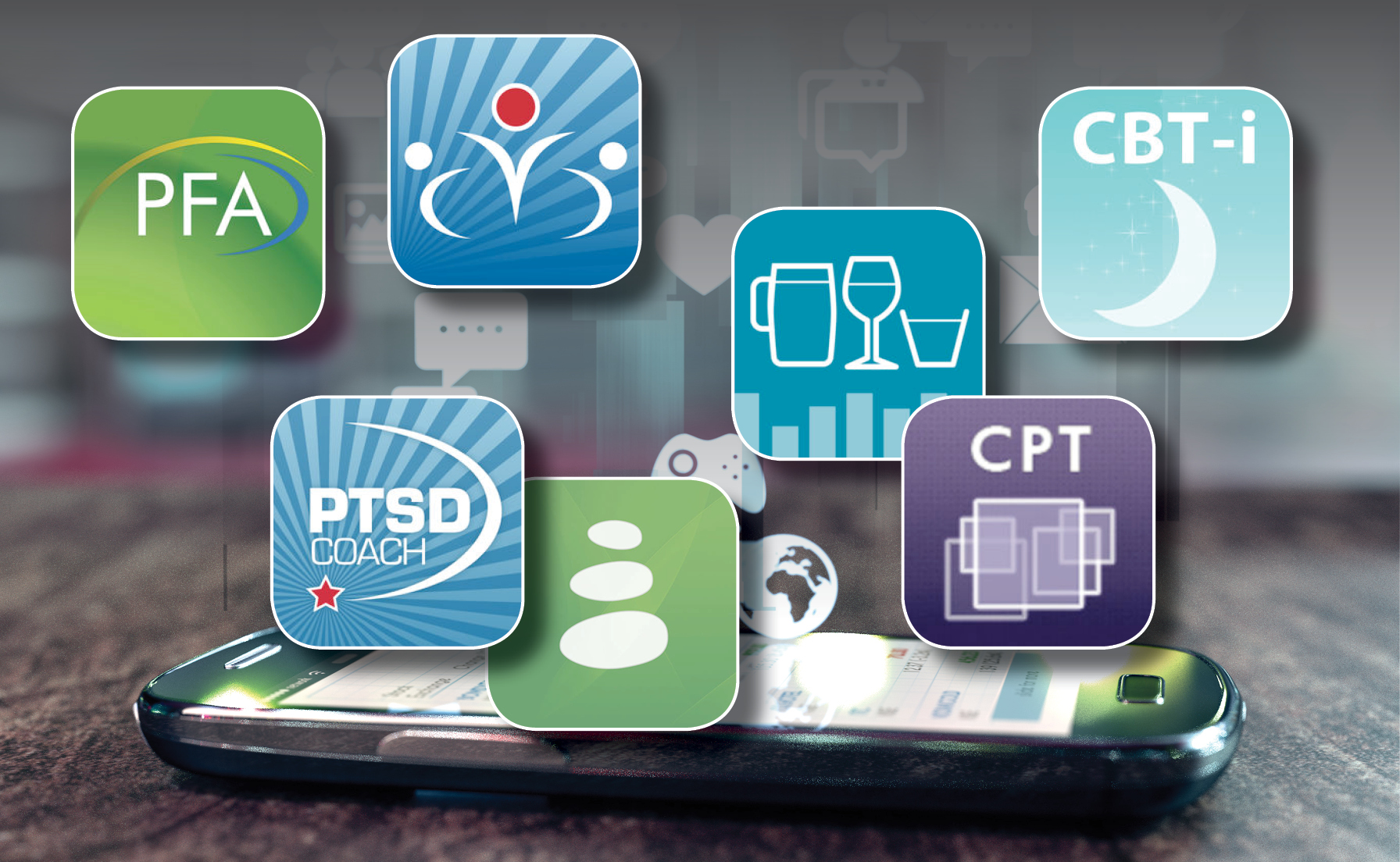